Due to their increased vulnerability in the event a collision occurs, motorcyclists have to take extra precautions to remain safe on the roadways. Not only should motorcyclists wear helmets and protective clothing that can resist an impact, but they should also wear high-visibility motorcycle gear. Here, we want to discuss the merits of high-visibility gear when operating a motorcycle, both during the daytime and when riding at night. 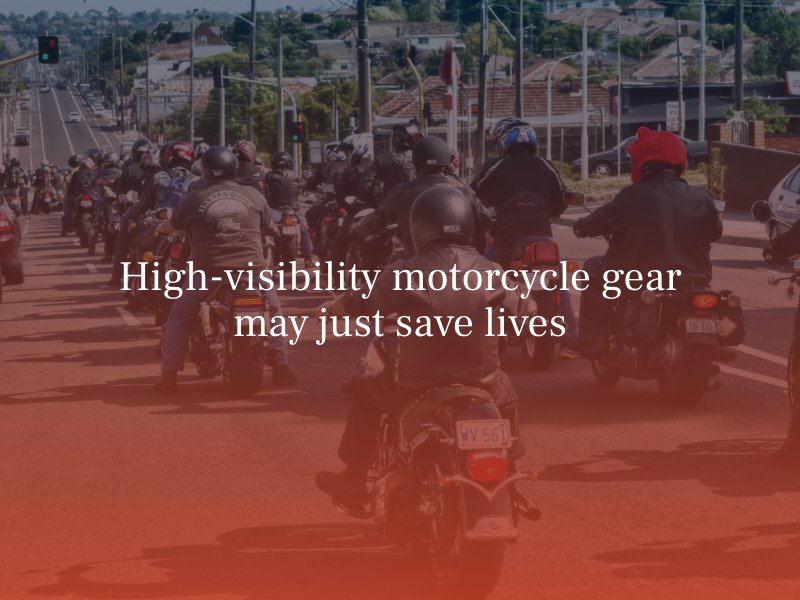 How Does High-Visibility Motorcycle Gear Help?

One of the best ways to increase motorcycle safety is for a motorcyclist to be visible on the roadway. When a motorcyclist increases their obvious presence, those inside of motor vehicles are much more likely to see them, pay attention to them, and operate safely around them.

One study published in the BJM, a peer-reviewed medical journal, has not gotten enough attention. Even though this study was published more than a decade ago, researchers found that motorcyclists are 37% less likely to be involved in an accident when they are wearing high-visibility or fluorescent clothing. This is a significant finding.

What is the Best High-visibility Motorcycle Gear?

The easiest and most popular way to ensure that you have high-visibility motorcycle gear is to buy gear that can fit over your regular clothing and make you visible when you are riding. This way, you can take the gear off and pack it up after you reach your destination. After all, who wants to walk around with highly reflective motorcycle jackets or other types of clothing?

Some of the most common high-visibility motorcycle gear includes:

The most popular color for high-visibility clothing is neon yellow, though many riders do choose orange, which is similar to construction worker and hunter clothing. When you are selecting the correct high-visibility gear for your motorcycle riding enjoyment, keep in mind that every season is going to require different types of gear. For example, a neon yellow T-shirt is not going to do much good during the winter if you have to put on a heavy jacket over top of it.

Please Wear a Helmet in Colorado

Colorado State law only mandates that those under the age of 18 wear motorcycle helmets. There is no universal helmet law for those over the age of 18. However, we strongly encourage you to wear a helmet anytime you get on your bike.