Factors That Influence Compensation For Your Motorcycle Accident Injuries

Motorcycle accidents can be devastating for those involved. Unfortunately, motorcyclists do not have the same types of protections that those inside traditional passenger vehicles do. Even when a motorcyclist is wearing a helmet and wearing other protective gear, they do not have airbags or a steel frame to offer protection. If a motorcyclist is injured due to the careless or negligent actions of another driver, they should be able to receive compensation for their losses. Unfortunately, securing this compensation can be challenging, particularly when trying to overcome the biases of law enforcement, insurance carriers, or a jury. Here, we want to discuss the various factors that influence compensation after a motorcycle accident.

The Severity of the Incident 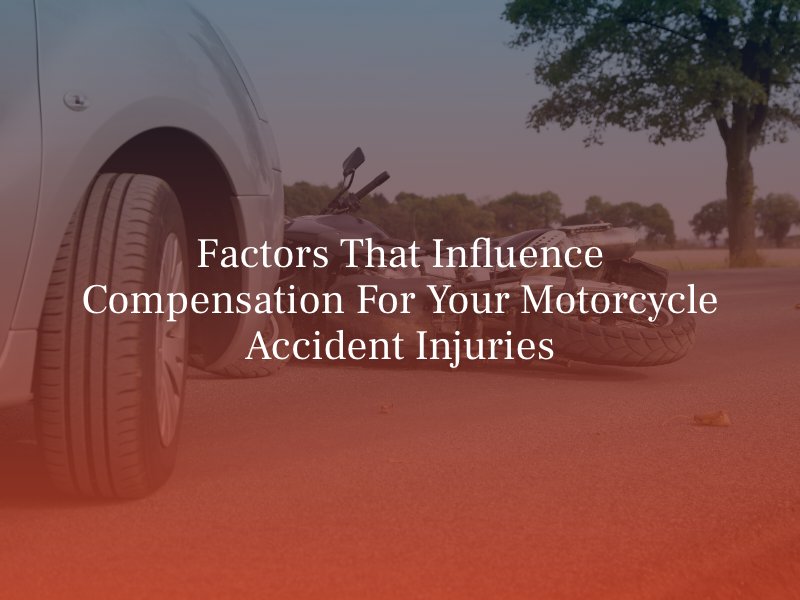 What if a Motorcyclist is Partially At-Fault?

Another significant factor that can influence how much compensation of motorcyclist receives is whether or not there was any shared fault for the incident. Colorado operates under a “modified comparative negligence” system. Under this system, any motorcyclist who is 50% or more responsible for the crash will not be able to recover any compensation at all.

However, the modified comparative negligence system does allow for partial recovery of compensation if a motorcycle accident victim is 49% or less at fault for the incident. The total amount of compensation a victim will receive if they are partially responsible will be reduced based on their percentage of fault.

A major contributor to how much compensation a motorcycle accident receives has to do with the negative biases that police officers, insurance carriers, and juries have against motorcyclists. Unfortunately, there are many negative stereotypes about motorcyclists, and these stereotypes are usually perpetuated by TV shows and movies. When a motorcycle accident victim works with a skilled attorney, an attorney can use their resources to obtain all evidence needed to prove what happened and overcome any intentional or unintentional negative biases.

How Much Compensation is Available?

There is no set amount of compensation available to motorcycle accident victims in Colorado. Rather, the total amount of payment awarded will depend on all the factors and circumstances surrounding each particular situation. In general, motorcyclists injured due to the negligence of others should be entitled to the following:

A skilled Denver motorcycle accident attorney will work with trusted medical and economic experts to help properly calculate the total expected losses in these situations.