Hit & Run Car Accidents in Colorado – What Are Your Options?

Car accidents are not uncommon in Colorado. Unfortunately, accidents involving hit and run drivers are also not uncommon throughout this state. When a person is struck by a driver who then flees the scene, this can present significant complications when it comes to securing compensation. Here, we want to discuss hit and run accidents in Colorado as well as what options victims in these cases have when it comes to getting the money they need for their injuries and property damage.

Do Drivers Have to Stop at an Accident?

Under Colorado law, every driver has to stop and take various actions in the event they are involved in an accident. First, regardless of the severity of an incident, every driver needs to get out and check on others involved. Colorado law requires that any accident be reported if there is more than $1,000 worth of property damage or if there are any injuries or fatalities involved. Drivers involved in the crash must stay at the scene, render aid to victims if possible, provide their personal information, and show a driver’s license upon request. 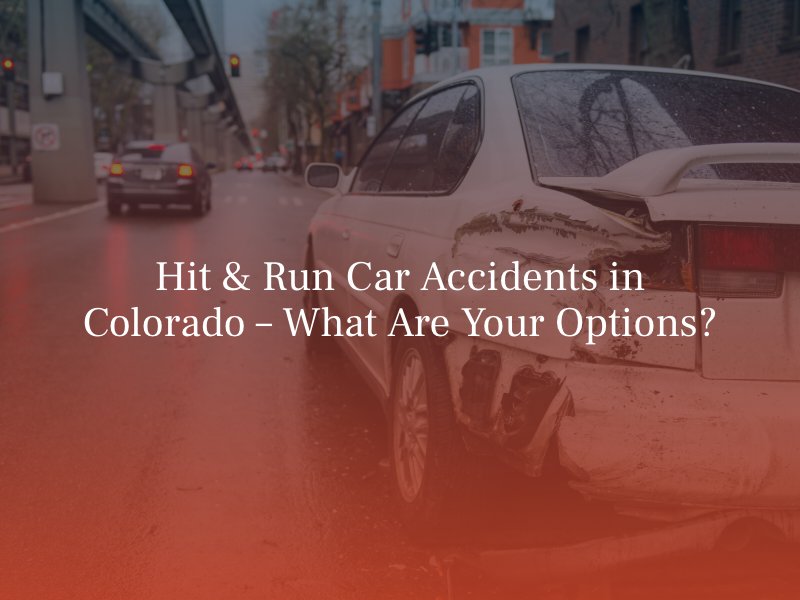 Fleeing the scene of an accident that results in property damage can result in a Class 2 misdemeanor conviction punishable by up to 1 year in jail.

Handling a Hit and Run Crash in Colorado

There are various steps that you can take immediately after being involved in an incident where another driver has fled the scene. This includes: