This month is Motorcycle Awareness Month in Colorado and the Department of Transportation is reminding drivers to be safe. In 2015, motorcycle fatalities in Colorado reached triple figures―the highest they have ever been in the state. The Department recorded 106 deaths.

This figure is an 11.7% percent increase from 2014 and a massive 20% increase from 2013. With these fatalities on the rise, the Department of Transportation has launched an awareness campaign to encourage both experienced and new riders to take part in safety training courses. 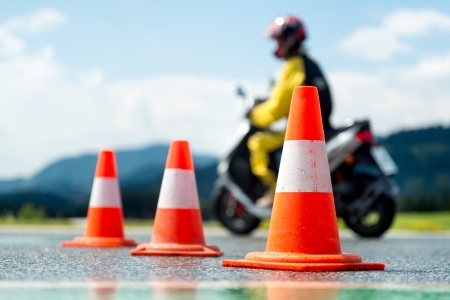 The safety training course is aimed at teaching riders the necessary skills required to keep themselves safe on the road. Being able to stop quickly, navigate obstacles and plan emergency escape routes are all a part of riding a motorcycle. Further details about the campaign can be found on the Colorado Department of Transportation website.

In addition to the Motorcycle Safety Awareness Month campaign, and as bikers get ready for the summer riding season, the Department of Transportation is launching its recent variation of the popular and award-winning Ride Wise campaign to promote rider training. Messages such as “train for the wind, before you ride like it” and “live free, die old,” make up the latest campaign. The Department has also published geographic locations and population segments of motorcycle fatalities in Colorado. The whole idea is that motorcyclists become aware of the benefits of motorcycle safety training courses and take action to enroll in a course.

The Colorado Motorcycle Operator Safety Training program is made up of 12 vendors across Colorado that offer courses for different riding abilities and skill levels. The course includes classroom education and real-life application so that riders are able to develop safe riding habits and learn to be better prepared to react in dangerous situations as quickly as possible.

A Look at the Campaign Tactics

So what tactics are the department using to build awareness?

They are concentrating their efforts right at the start of the riding season with media including billboards, digital advertising, and online videos. The Department has also partnered with various dealerships in an attempt to reach out to riders as they take to their bikes this season. All the tactics are aimed at pointing riders to the Department’s website where riders can find and enroll for certified training courses throughout Colorado.

What The Statistics Show

Preliminary data has shown that of the 106 deaths that occurred in 2015, an overwhelming 78% of fatalities were between 16 – 55 years old and 94% of those who died were male. What’s more, El Paso, Denver, and Jefferson counties also saw higher fatality rates which accounted for just under half of the crash locations.

According to Patrick Rice, a Colorado State Patrol Trooper, many motorcycle-related incidents occur because riders are not driving within their ability. A mere split-second lapse of judgment can lead to the loss of lives. Trooper Rice has also been reported as mentioning that even though helmets are not a requirement when riding a motorcycle, they can make the difference between life and death.

Do You Require the Services of a Motorcycle Injury Attorney in Denver?